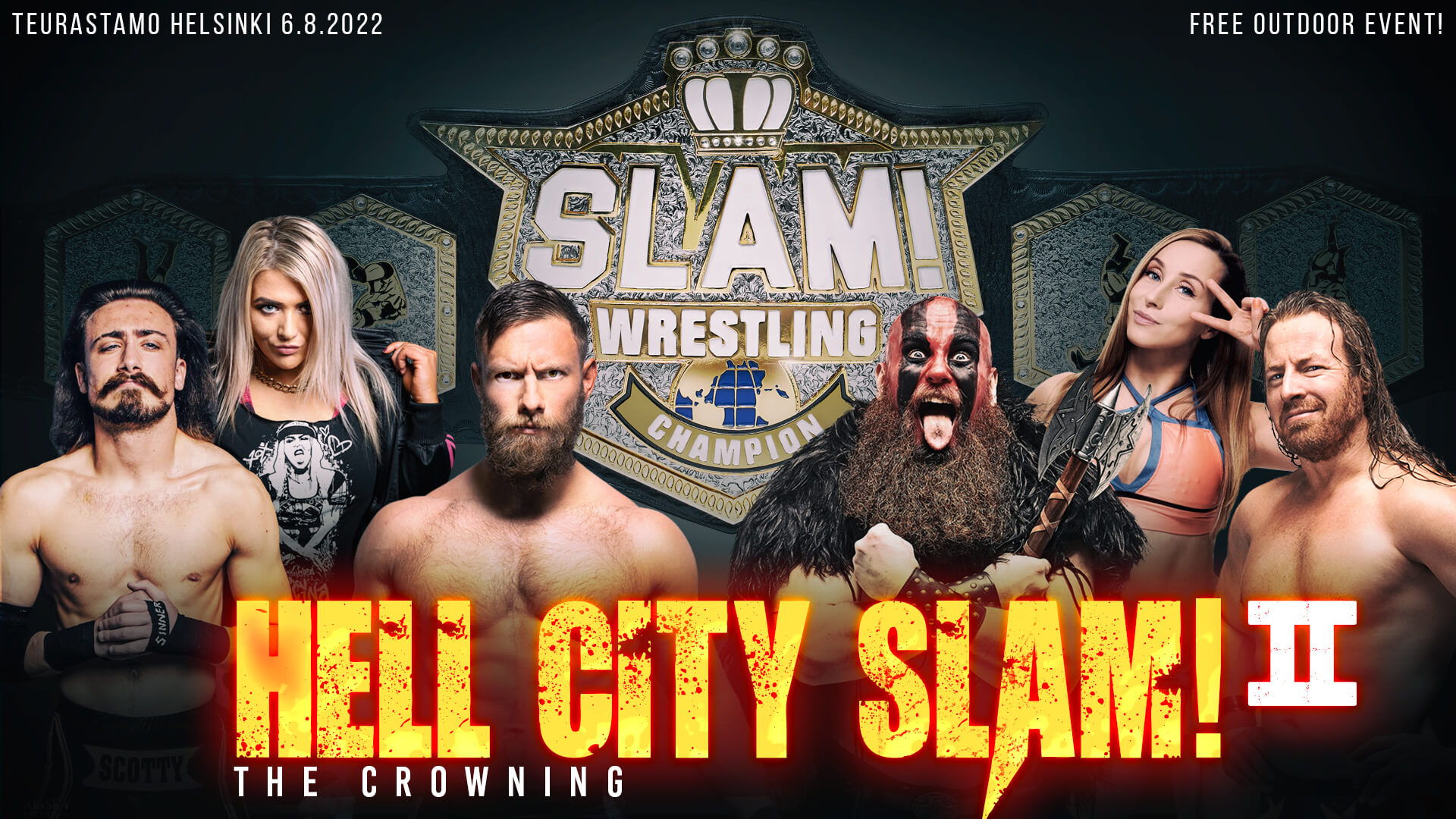 The first-ever SLAM! Champion will be crowned on Saturday, August 6 in Helsinki at Teurastamo, outdoors under the summer skies, as an event for the whole family to enjoy.

Hell City SLAM! – The Crowning will see the winner of the inaugural George Hackenschmidt Invitational Cup this past spring, “Tucker” Paul Gallagher of Ireland, face Finnish “Wildman” Heimo Ukonselkä, who won the top contendership for the title opportunity back on July 9 at SLAMfest! 2.

Also on the card at Hell City SLAM! – The Crowning, you will see two other Irish top guns accompany Tucker to Helsinki that day, as the sensational Scotty Davis and female superstar, Session Moth Martina, step into the ring!

See the domestic stars of SLAM! Wrestling Finland in action at this event, as “The Rebel” StarBuck, TT Suosalo, Dylan Broda, Eemi Helén, Nick Lukkonen and others will be in action!

Make plans to join us and witness the first-ever SLAM! Champion get crowned in Helsinki on August 6 at Hell City SLAM! – The Crowning at Teurastamo!