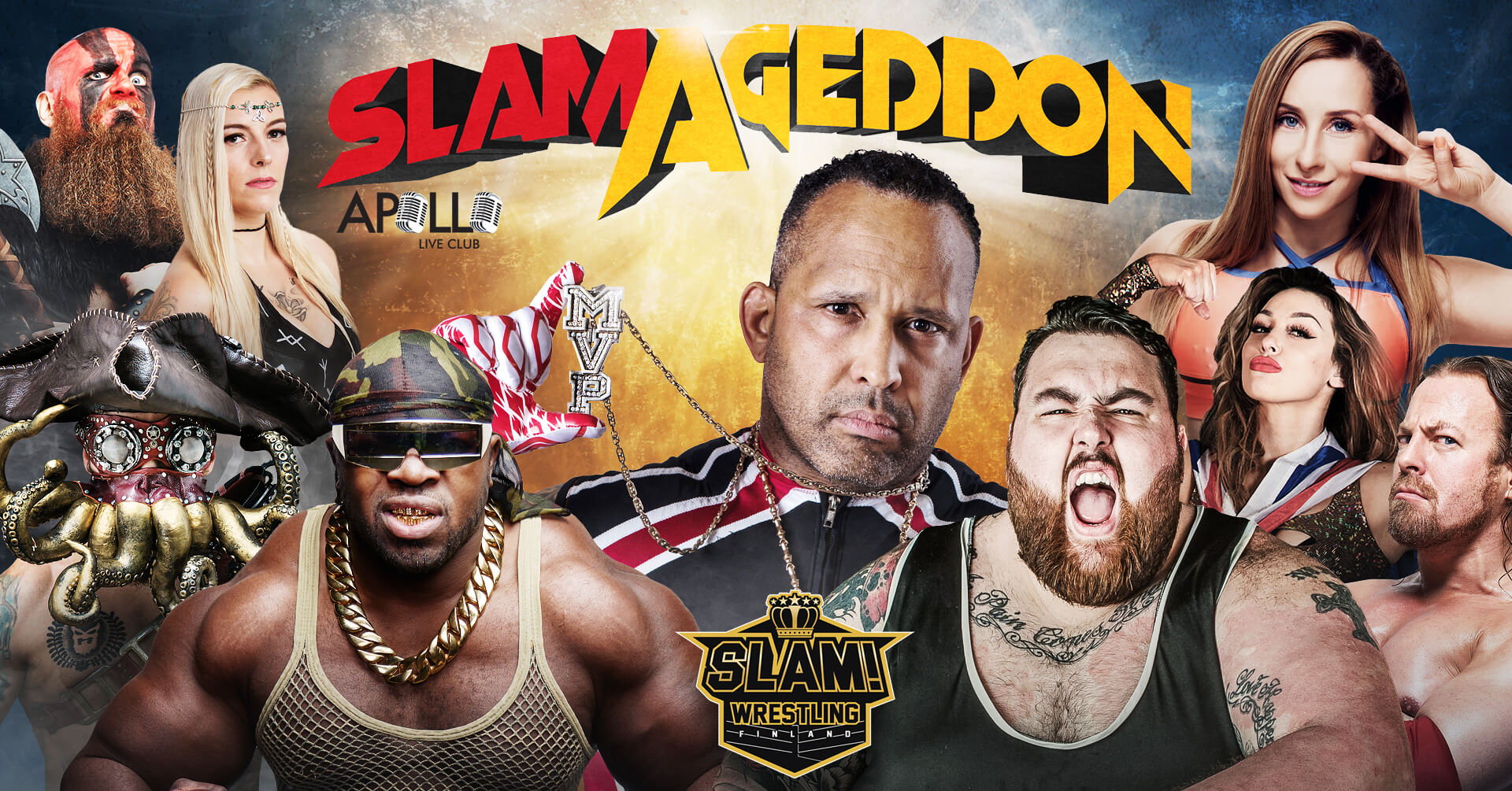 On Saturday May 16, the biggest international pro wrestling supershow of the year, SLAM! Wrestling Finland‘s SLAMMAGEDDON, comes to Apollo Live Club in downtown Helsinki, featuring world-class superstars from 12 different countries in a cavalcade of combat!

SLAMageddon will be designed as an on-going series, planned to continue in October.

SLAMAGEDDON will feature Tag Team matches, Triple Threat matches, men’s and women’s singles matches, and a European championship title match to crown the evening! See the best male and female wrestlers today in seven different, exciting matches at this live action extravaganza that must been seen to be believed! Just to name a few superstars thus far (much more to be announced!) for May 16th:

KUMA – undeniably the biggest professional wrestler in all of Europe, hailing from Scotland, weighing 280 kg and standing 204 cm tall.  This man is an absolute monster!

Tiny Iron – bodyguard of world-class artists like Rihanna, Beyoncé, Black Eyed Peas and 50 Cent.  Standing 192 cm and weighing in excess of 140 kg, this Tiny Iron is half man, half amazing!

”The Rebel” StarBuck – Finland’s pro wrestling pioneer dating back to 2003, three-time European wrestling champion and the most accomplished pro wrestler out of  Northern Europe in history, with a worldwide career spanning over 26 years in the ring.

…and many, many more!!! See more details on SLAMageddon Facebook Event page.

Get your tickets NOW through for this mega-event and come see the spectacular, action-packed supershow that SLAMAGEDDON promises to be on May 16 at Apollo Live Club in the heart of Helsinki!