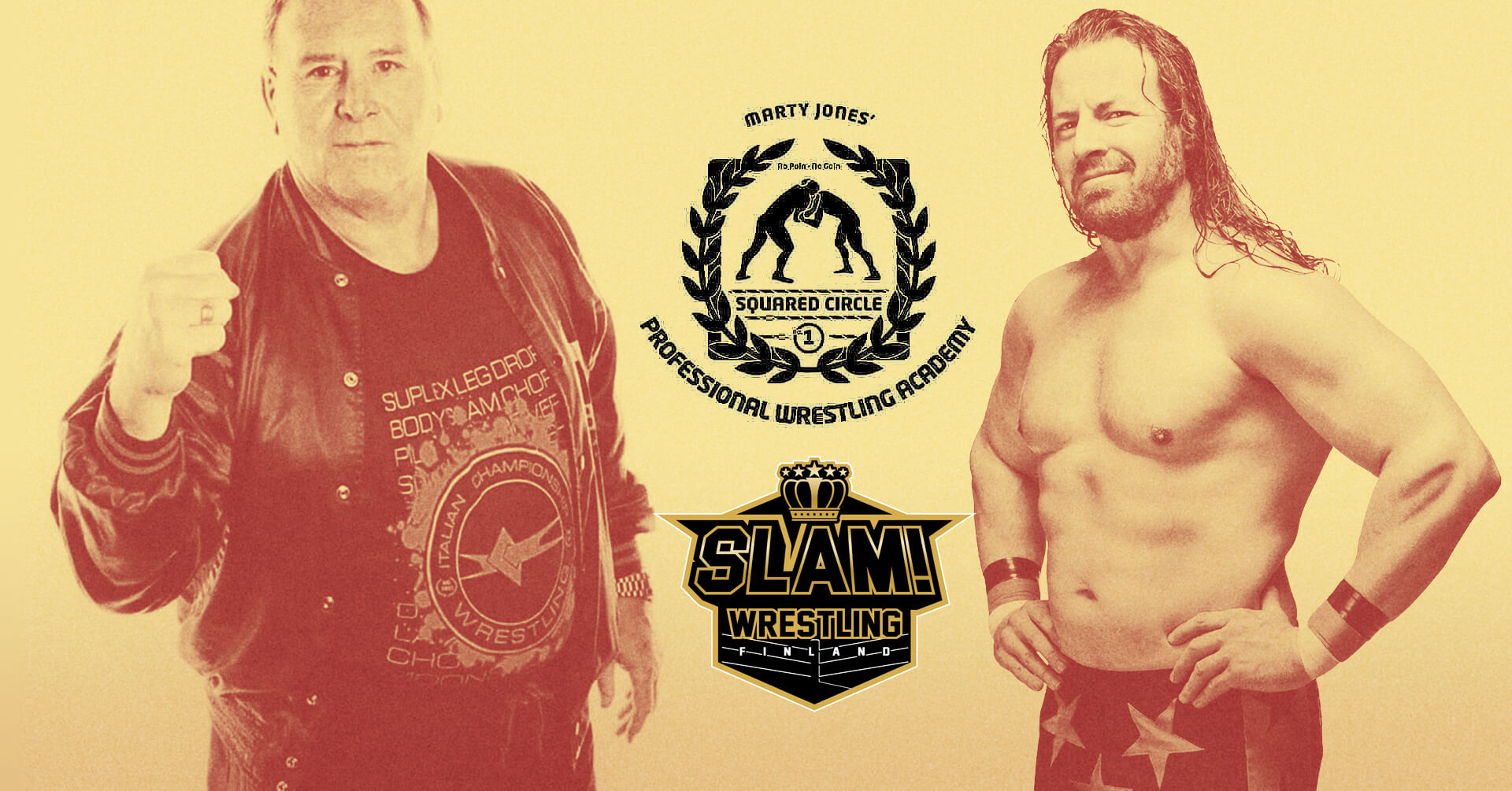 SLAM! Wrestling and 7-time world heavyweight wrestling champion, Marty Jones and his Squared Circle Academy from the UK, have entered into a new partnership, aimed at bringing up and properly equipping the next generations of professional wrestling talent for both the European and global wrestling industry.

Marty Jones, in the pro wrestling business since his late teens in the 1970s, has faced them all in our game. From legends like Andre The Giant to multi-time WWE/WWF world champion, Bret ”Hitman” Hart, to lucha libre superstars like Mil Mascaras, Marty Jones is one of the most respected trainers of top wrestling talent in the world today and a coach of current WWE NXT superstars.

SLAM! Wrestling founder and head trainer, ”The Rebel” StarBuck, is without question the most accomplished pro wrestler out of Northern Europe since the turn of the century. StarBuck has taught wrestlers in eight countries and been a champion all around the world, a main eventer facing top names like Fit Finlay, Keiji Mutoh, Doug Williams, Yoshihiro Tajiri, Super Crazy, Tatanka and PCO.

SLAM! Wrestling welcomes Marty Jones and his Squared Circle Academy in partnership, as we look forward to making the pro grappling game great gain! As our slogan says: Welcome back to wrestling!

Watch our in-depth, full-length interview with Marty Jones below: