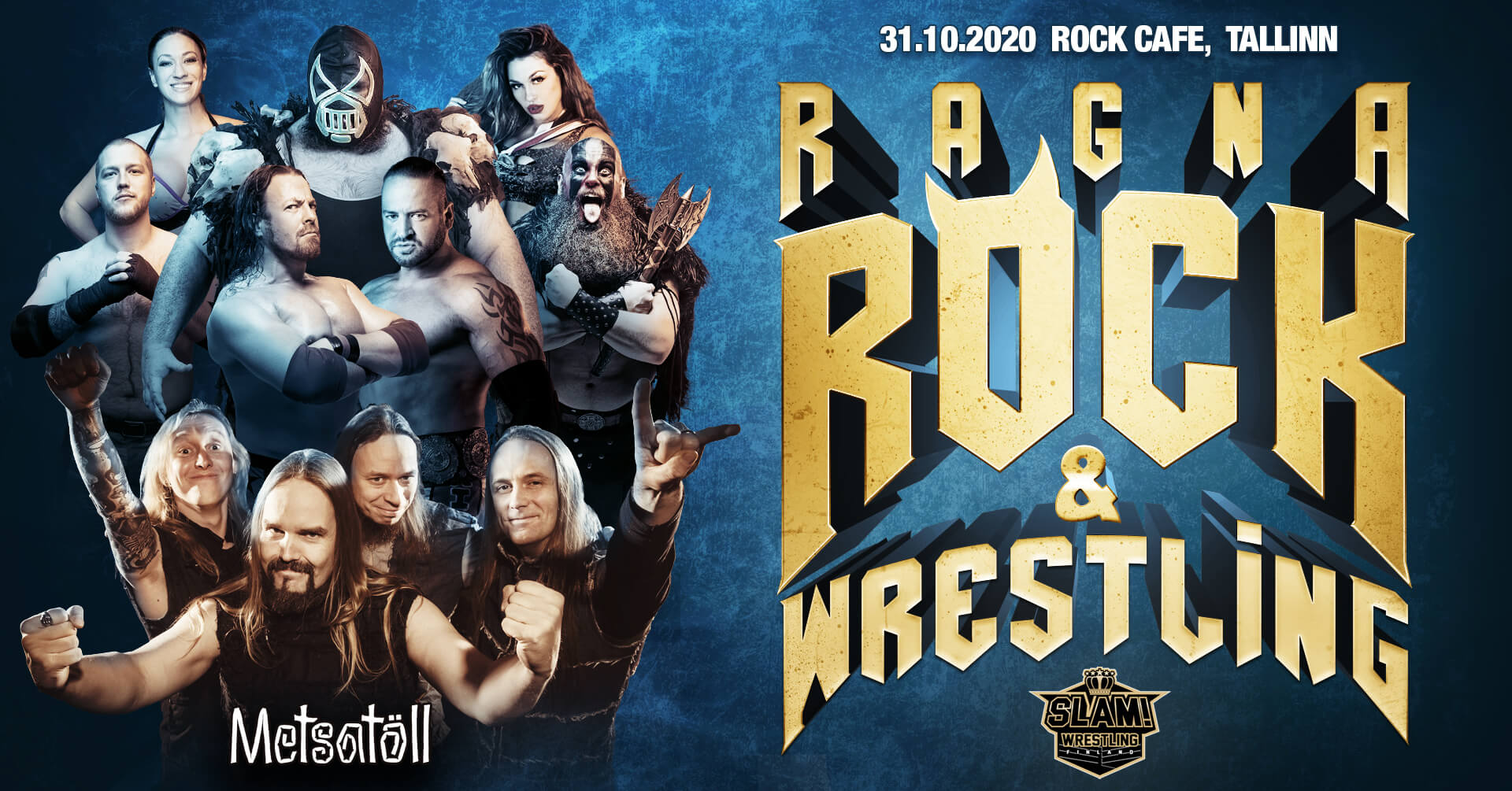 On Saturday,  October 31 at Rock Cafe in Tallinn, Estonia, a mega-event unlike any other ever before on Baltic soil will take place – RagnaRÖCK & Wrestling 2020 supershow, featuring Estonia’s premiere heavyweight metal band, Metsätöll, in concert alongside SLAM! Wrestling Finland’s international line-up of six world-class professional wrestling matches.

Metsätöll has risen to international acclaim and popularity in recent years, becoming the biggest metal music act that Estonia has ever witnessed. With seven full-length studio albums behind them, this folk metal powerhouse carries potent themes of war, nature, mythology and history in their music. Metsatöll’s song titles and lyrics make heavy use of archaic Estonian language and imagery, which often don’t allow for direct English translations. The band’s popularity is unmatched in the Baltics and this special rock & wrestling themed event is also a first for this Estonian metal monolith!

SLAM! Wrestling Finland is bringing the live sports entertainment phenomena established by the very first recognized professional wrestling world champion (in 1905), Estonia’s own George Hackenschmidt, back to Estonia in honor of the legacy and cultural significance of the legendary Hackenschmidt himself.

With six big, international superbouts on the card at Rock Cafe on October 31, the wrestling portion of the event will be crowned with a world heavyweight title match, as Austria’s powerhouse and EWA (European Wrestling Association) reigning world champion, Chris ”Bambikiller” Raaber, puts his prestigious world title on the line against the best professional wrestler out of Russia today and multi-time Russian wrestling champion, ”Locomotive” Ivan Markov!

Be sure to make plans to join us for an amazing night of unforgettable action, excitement and thrills at RagnaRÖCK & Wrestling 2020 supershow on October 31 at Rock Cafe in Tallinn!