Lights Out! in Porvoo 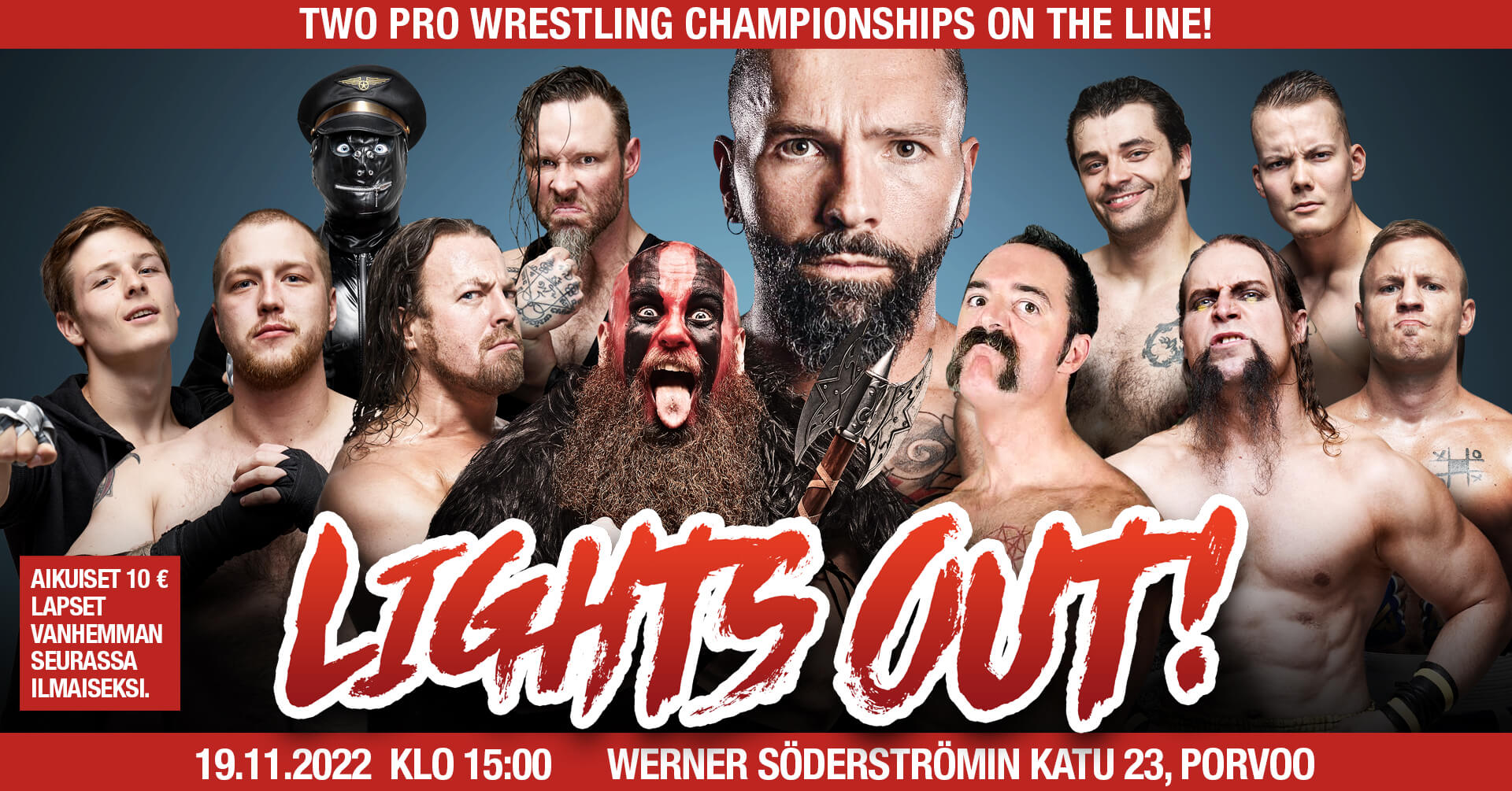 SLAM! Wrestling Finland will close out the year in time for the holiday season on November 19 in Porvoo at our SLAM! Pro Wrestling Boot Camp training hall with a special event entitled Lights Out! with tickets only 10 € adults and FREE for kids! Start time at 15:00, so bring the whole family to enjoy an afternoon filled with action!

For this event, we have two veteran wrestlers coming from the United States to compete at Lights Out! Jake Omen and Jack Vaughn from Indiana, USA will be in action on November 19, in addition to our own SLAM! Wrestling roster, featuring SLAM! champion “Wildman” Heimo Ukonselkä, “The Rebel” StarBuck, “Metal Warrior” Stark Adder, TT Suosalo, Dylan Broda, Mikk Vainula, Eemi Helén, Artur Arder, Miika Forsström and others in combat.

At this Lights Out event, Porvoo’s own former boxing sensation Miika Forsström will finally get a chance to even the score with Dylan Broda of Toronto, Canada, as these two have been at odds for nearly a year now. Broda has continuously found questionable ways to scratch out victories over Forsström in both tag team and singles matches, so this time on November 19, these two are going to have special “Loaded Boxing Glove on a Pole – Lights Out Match”, where a reinforced boxing glove will be hung on a pole secured to one of the ring posts and the objective of the match will be to retrieve the glove and put it on in order to attempt to deliver the closing blow with it. This time, the match cannot end until the glove has been retrieved and used for its intended purpose, resulting in Lights Out for one of these two competitors!

In another title match, this time for the Nordic wrestling championship, Jake Omen from the USA will challenge reigning champion “Metal Warrior” Stark Adder.

The fast-rising TT Suosalo of Porvoo faces his coach and mentor “The Rebel” StarBuck in a true trial by fire.

This Lights Out! event will have an afternoon matinee start time of 15:00 and will be open for all ages to attend at Werner Söderströmin katu 23 in Porvoo, Finland on Saturday, November 19.

Tickets 10 € adults / FREE for kids (accompanied by an adult)!