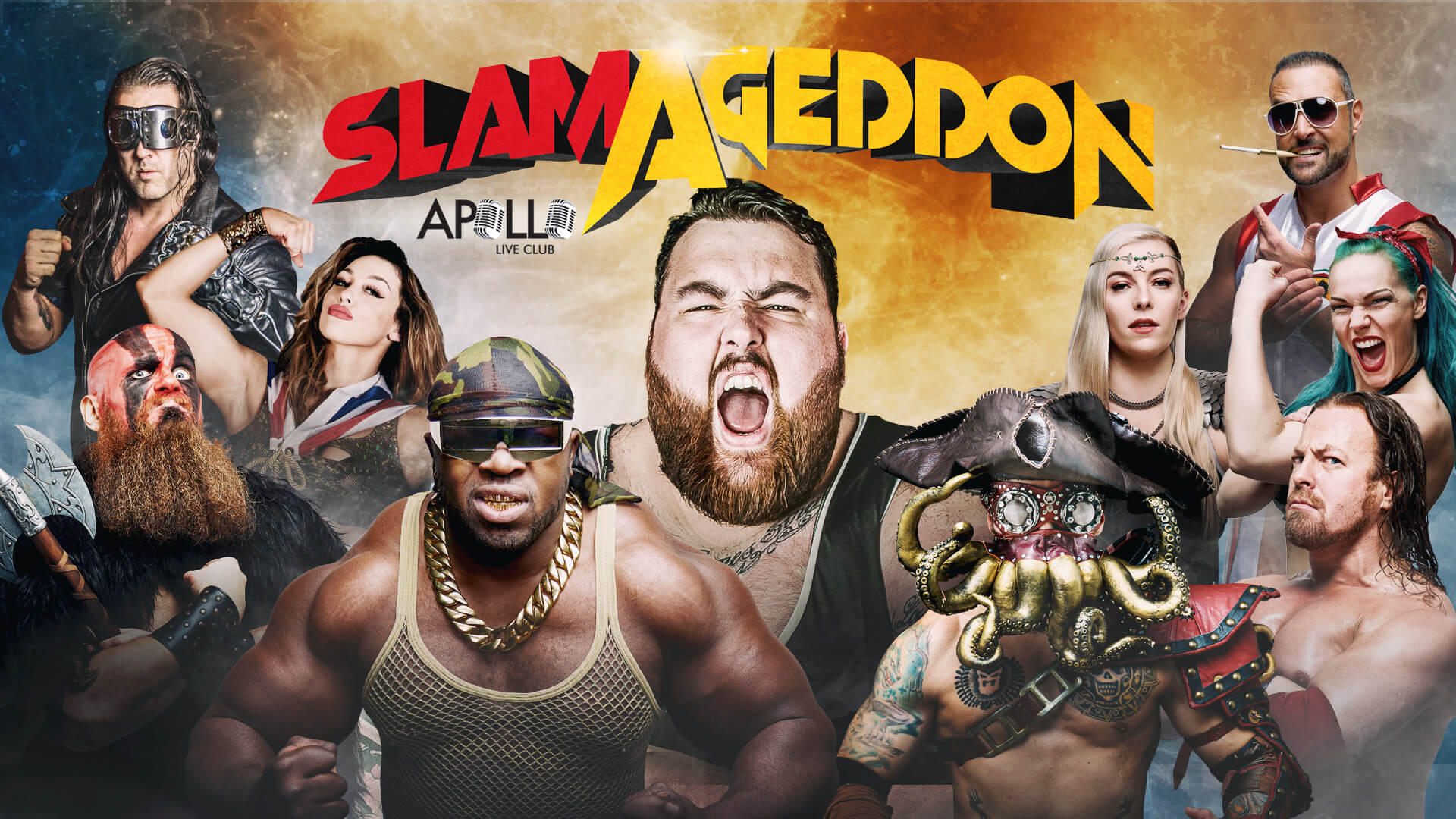 See the best male and female wrestlers today in seven different, exciting matches at this live action extravaganza that must been seen to be believed!

Witness must-see attractions battle it out on October 2nd, including:

KUMA – undeniably the biggest professional wrestler in all of Europe, hailing from Scotland, weighing 280kg and standing 2.04m tall. This man is an absolute monster!

Tiny Iron – bodyguard of world-class artists like Rhianna, Beyoncé, Black Eyed Peas and 50 Cent. Standing 192cm and weighing in excess of 140kg, this Tiny Iron is half man, half amazing!

”The Rebel” StarBuck – Finland’s pro wrestling pioneer dating back to 2003, three-time European wrestling champion and the most accomplished pro wrestler out of Northern Europe in history, with a worldwide career spanning over 26 years in the ring.

…and many, many more!

Get your tickets NOW  for this mega-event and come see the spectacular, action-packed supershow that SLAMageddon promises to be on October 10th at Apollo Live Club in the heart of Helsinki!