Mikk Vainula, part of SLAM! Wrestling’s talent roster and one of our most valuable assets from the land of Estonia, got a chance to tell about his story, his life in pro wrestling, and future goals for Estonian newspaper Ohtuleht. He also touches upon the subject of the future landscape of pro wrestling in Estonia.

Since SLAM! now operates in Estonia, in addition to Finland, we’re happy to see Mikk and pro wrestling in the Estonian media. The interview is in Estonian, but if you can hadle that, feel free to listen to the podcast version of his interview on our blog page in Estonian or visit Õhtuleht.

SLAM! Wrestling Finland had the express honor and privilege of being a part of a big social media campaign for Finland’s largest dairy producer, Valio.  With the campaign’s central theme revolving around Valio’s new Oddlygood line, Jarppi Leppälä of The Extreme Dudesons and popular radio DJ, Alma Hätönen, ventured into the world of professional wrestling as they bravely sought out new hobbies and sports.

Valio is the largest dairy producer in Finland, as they answer for 85% of the milk manufactured in our country.  Valio also operates in other Nordic countries, as well as the Baltics.

This campaign works as a great example of how pro wrestling’s status in the world of sports entertainment is strong, as its standing can be easily integrated  into the business world at large, as well as marketing in general.  SLAM! Wrestling Finland effectively positions itself amidst the business world, offering a fantastic opportunity for companies to be seen and noticed alongside a world-class, internationally-flavored, exciting and sporty brand, while enabling co-op partners to clearly stand out of the grey mass of the social media and mass marketing conundrum.

We’d like to extend our thanks to Valio and their marketing team, as well as Rabbit Films, for a job well done and a pleasant experience all around! 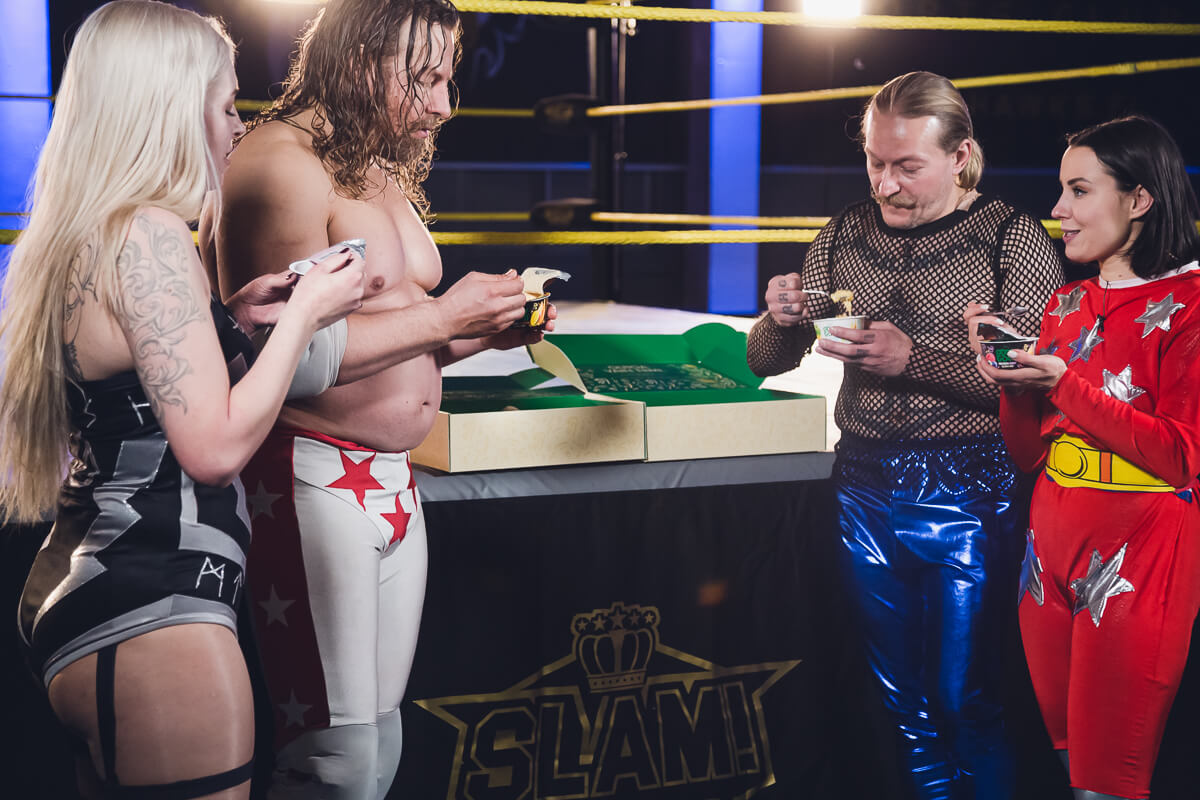 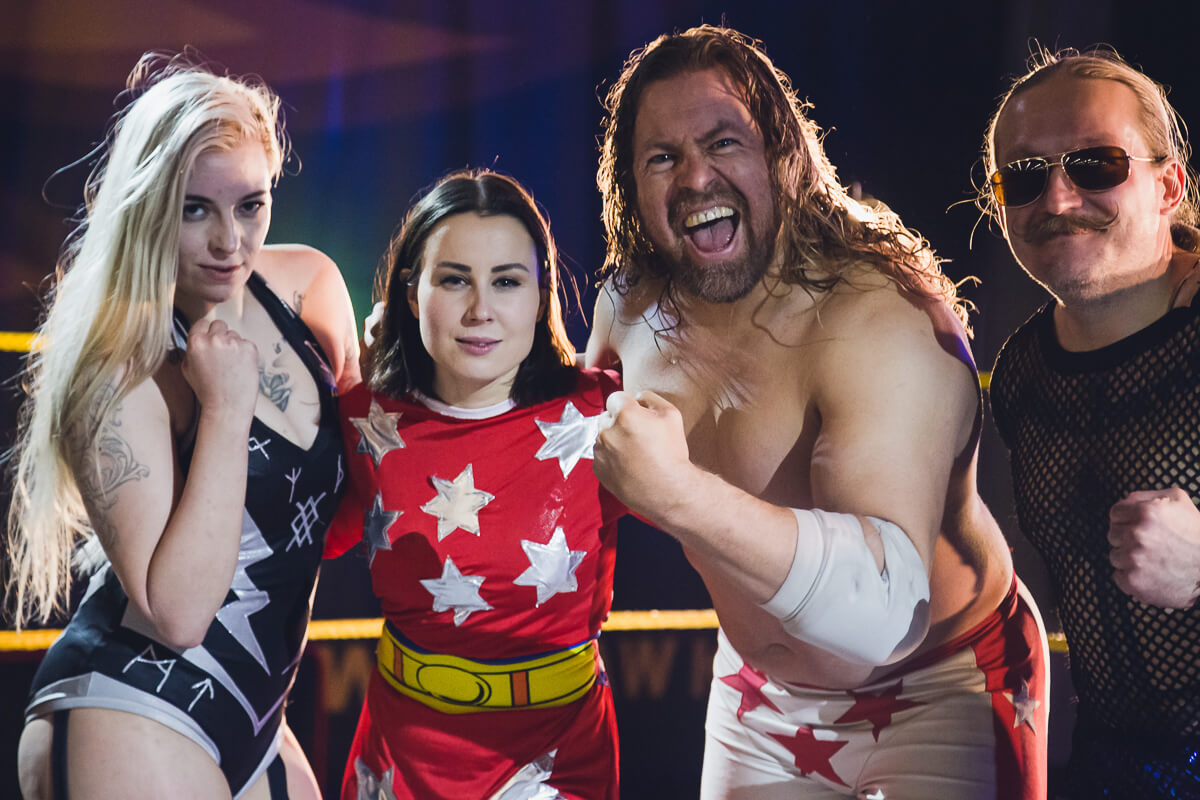 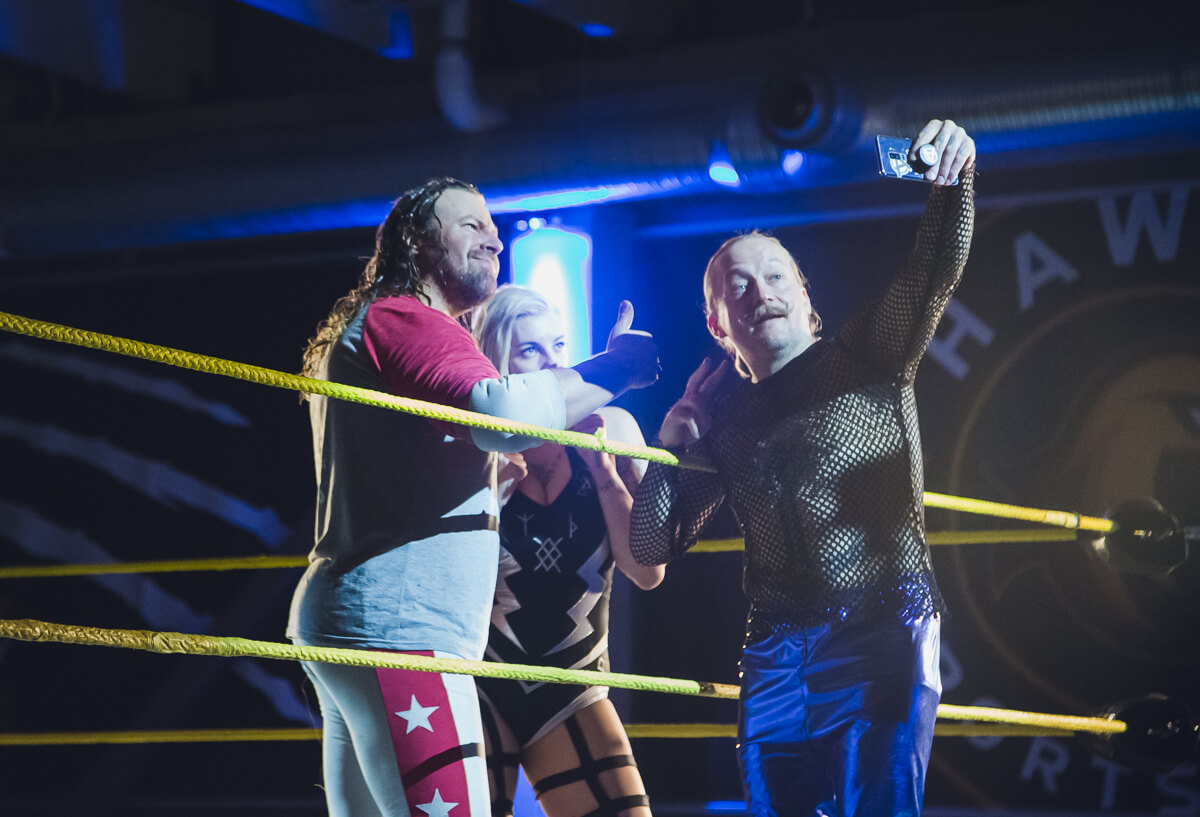 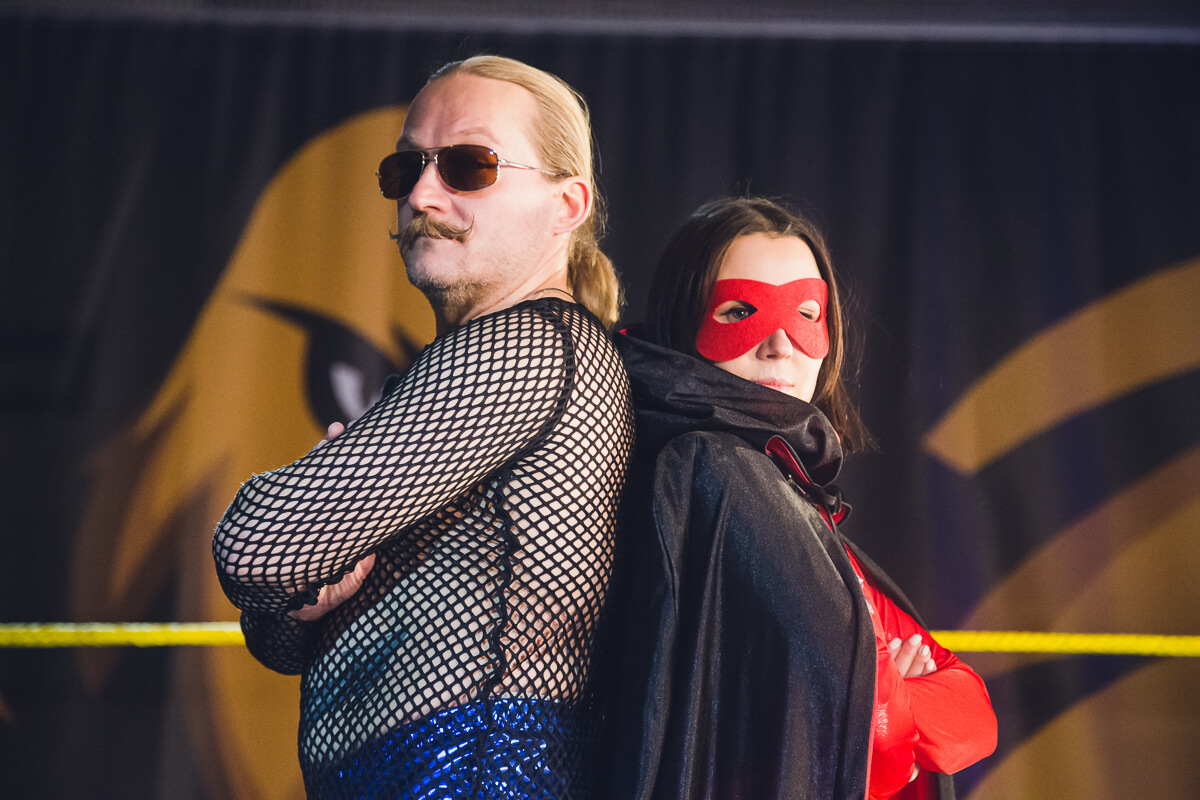 Due to the mandate issued today by the Finnish Government regarding the global Coronavirus epidemic, all live events in Finland with 500+ person capacities are off limits for the next two months.

Unfortunately, this also applies to the American Car Show, originally slated for April 10-12 at the Helsinki Messukeskus Fair and Convention Centre.

This event has been rescheduled for June 5-7 now at the same venue, and our Americana SLAM! Wrestling Showcase will be held in conjunction with the American Car Show at that time.

Certain talents will change due to prior summer booking commitments elsewhere, and we will announce the new line-up shortly for this spectacular mega-event. Stay turned!

We asked, you answered. Here are the top fan favourites of international SLAM! Wrestling talents of 2019. Congratulations to Carlos Zamora!

Would you be interested in trying out a totally new form of fitness, body control, athletics and action sports that you cannot find anywhere else?

This summer, Finland’s famous pro wrestling pioneer and three-time European pro wrestling champion, Michael ”StarBuck” Majalahti, offers YOU the opportunity to take part in professional wrestling training under one of the masters of the game in Espoo, Finland.

Michael is a champion in pro wrestling the world over, with over 26 years of experience in the game worldwide.  His accomplishments speak for themselves as a top tier player and main event star throughout the bulk of his career.  Michael has trained wrestling talent in seven countries since 2003 and many of his students have gone on to wrestle successfully abroad.  Michael himself has a vast array of experience in the game, having wrestled in 22 countries across four continents against the best of the best. Michael is also a respected personal trainer, with 16 years of experience, helping people in 11 different countries, from young to old, improve the level of their health and fitness.

If you would be interested in challenging yourself and have the courage to take part in the physically and mentally demanding game of professional wrestling, then make an application to and tell us about yourself, your sporting/training background and what draws you to pro wrestling training!

Improve your coordination!  Become fearless!  Master the art of body control!  Learn to take hits safely and to fall without hurting yourself!  Learn holds and counterholds in a game of human chess!  And remember, many of the techniques used in pro wrestling can actually be applied in a real physical altercation, if the situation calls on it!

Whether it’s simply a new and exciting form of physical fitness that you are after or that you would like to consider pro wrestling more seriously as a personal ambition, there simply isn’t any better a teacher and coach in the Nordics than Michael ”StarBuck” Majalahti.

All inquiries and applications should be sent to with the aforementioned infos about yourself, by May 1, 2020.  Courses will run between June – August, offering an intensive crash course boot camp in the dynamic and physically (as well as mentally) challenging world of professional wrestling training.

Training would take place in the Hannus suburb of Espoo nearby Bauhaus, right off of Länsiväylä at the intersection with Suomenoja.

On Saturday May 16, the biggest international pro wrestling supershow of the year, SLAM! Wrestling Finland‘s SLAMMAGEDDON, comes to Apollo Live Club in downtown Helsinki, featuring world-class superstars from 12 different countries in a cavalcade of combat!

SLAMageddon will be designed as an on-going series, planned to continue in October.

SLAMAGEDDON will feature Tag Team matches, Triple Threat matches, men’s and women’s singles matches, and a European championship title match to crown the evening! See the best male and female wrestlers today in seven different, exciting matches at this live action extravaganza that must been seen to be believed! Just to name a few superstars thus far (much more to be announced!) for May 16th:

KUMA – undeniably the biggest professional wrestler in all of Europe, hailing from Scotland, weighing 280 kg and standing 204 cm tall.  This man is an absolute monster!

Tiny Iron – bodyguard of world-class artists like Rihanna, Beyoncé, Black Eyed Peas and 50 Cent.  Standing 192 cm and weighing in excess of 140 kg, this Tiny Iron is half man, half amazing!

”The Rebel” StarBuck – Finland’s pro wrestling pioneer dating back to 2003, three-time European wrestling champion and the most accomplished pro wrestler out of  Northern Europe in history, with a worldwide career spanning over 26 years in the ring.

…and many, many more!!! See more details on SLAMageddon Facebook Event page.

Get your tickets NOW through for this mega-event and come see the spectacular, action-packed supershow that SLAMAGEDDON promises to be on May 16 at Apollo Live Club in the heart of Helsinki!

Over the course of 2019, we had a lot of stellar, top international stars appear for SLAM! Wrestling Finland.  We have posted all of the matches from our 2019 SLAM! events on our official YouTube channel to help you pick and vote for who you believed were the Top International Superstars of SLAM! this past year.  Finnish talents are excluded, including SLAM! founder, ”The Rebel” StarBuck, in order to give our visiting stars a level playing field in this public gallup poll.

If you’d like to refresh your memory as to who was who, check out our wrestler profiles to see each candidate separately. Voting closes on February 31, 2020, so make your voice heard and place your votes today!  Results will be posted at the beginning of March.

In the summer of 2019, SLAM! Wrestling Finland founder Michael ”StarBuck” Majalahti and his southern rock band Crossfyre recorded a remake and cover version of the very first rock & wrestling song, Badstreet USA.  The original was written and performed in 1982 by WWE Hall of Fame wrestler, Michael P.S. Hayes, of The Fabulous Freebirds fame.

At StarBuck’s behest, Crossfyre recorded both their own cover version of Badstreet USA, as well as a music video remake of the original music video from 1987.  The new music video and song got a tremendous reception amongst wrestling fans worldwide and was covered in several wrestling medias across the globe upon it’s release The new music video also features clips from SLAM! Wrestling events.

One of the people who caught on to the song was a female wrestler named Miranda Gordy, daughter of the late Fabulous Freebird, Terry Gordy.  Miranda contacted Crossfyre about using the band’s remake of Badstreet USA as her official ring music, as a homage to her father and his legendary tag team.

Check out Miranda’s video message to both Crossfyre and to the wrestling fans out there regarding this piece of news: